Skip to content
Home/china, hong kong/As we welcome the Year of the Ox, which animal of the Chinese Zodiac are you?
Previous Next

As we welcome the Year of the Ox, which animal of the Chinese Zodiac are you?

Sarah Brennan is the author of the Chinese Calendar Tales series. She writes…

People are always asking me “Which Chinese calendar animal am I?” So here’s a handy reference so you can work out what animal you are in the Chinese zodiac! Beside each animal is the name of the animal in beautiful Chinese calligraphy, given to me by Scotch College Melbourne student Adam Pai, and written by his calligraphy teacher Jason Huang. Thank you Adam and Jason!

You have to be a bit careful if your birth date falls in the last two weeks of January or first two weeks of February, since the Chinese Calendar year runs from the first day of Chinese New Year, NOT from the 1st of January! Chinese New Year starts on a different date every year between mid-January and mid-February, depending on the phases of the moon. So if you’re not sure, you can visit http://www.travelchinaguide.com/intro/social_customs/zodiac where you can enter your date of birth in a Chinese Zodiac calculator to find out!


For everyone else, and as a general rule, if you were born in:

Like Oswald, people born in the Year of the Ox are patient, honest and hard-working, and tend to be creatures of habit. They are very intelligent, but often quiet and reserved. They don’t care what other people think and will restore calm in times of trouble. Their best friends are Snakes, Roosters and Rats.

If you were born in the Year of the Tiger you are very hard to resist! You are charismatic, courageous and brave, with natural authority, but you are often unpredictable and like Temujin, can be very bad-tempered when trapped in a corner! Tigers make sensitive and considerate friends, but you also love adventure and challenges, so life with a tiger can a be a real roller-coaster ride! Your best friends are Horses, Dragons and Dogs.

People born in the Year of the Rabbit are talented and ambitious. They are very good citizens who are much admired and trusted, often becoming diplomats and politicians. They also have excellent taste, being very artistic and creative. Their best friends are Sheep, Pigs and Dogs.

Like Chester, dragon people are full of fun and energy, but often a little short-tempered and stubborn! They’re also sensitive and brave, and make wonderful friends.  They can also be very soft-hearted, provided they’re not hungry! Their best friends are Rats, Snakes, Monkeys and Roosters.

People born in the Year of the Snake don’t say much, but underneath their calm exterior lurks a passionate and determined person who usually gets what he or she wants! They can be a bit vain (and are usually quite good-looking!) but they are also very sympathetic to people who are less fortunate than they are. Their best friends are Oxen and Roosters.

Horse people are happy, popular and often talk too much! They are wise and talented, but also quite impatient and very independent, rarely listening to the advice of others. They love entertainment and big crowds. Their best friends are Tigers, Dogs and Sheep.

If you were born in the Year of the Sheep, you are wise, gentle and kind. You are passionate about your beliefs and may be deeply religious. But while you are often very artistic and elegant, you may also be shy and quite puzzled about life. Your best friends are Rabbits, Pigs and Horses. 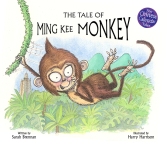 Monkey people are inventive and original and are great problem-solvers. They are successful at everything they do but if they can’t get started on a project right away, they get discouraged and tend to walk away. They have excellent memories, and while they are often short-tempered, their anger cools quickly. Their best friends are Dragons and Rats.

Roosters are talkative, noisy and active, and love being in the spotlight! They’re hard-working, courageous and proud of their looks and talents, though they can also be very boastful! But they are intensely loyal, and always keep their promises, making them devoted friends. Their best friends are Oxen, Snakes and Dragons.

If you were born in the Year of the Dog, you are honest, trustworthy and loyal. You don’t care about money but you’re seldom without it. You can be a bit selfish and stubborn, but you make a wonderful leader. Your best friends are Horses, Tigers and Rabbits.

Pig people are chivalrous, brave and impulsive. Whatever they do, they do with all their might and they never back down. They are honest, strong and extremely loyal and while they make few friends, the ones they have are friends for life. While they don’t talk much they have a great thirst for knowledge and are very well-informed. Their best friends are Rabbits and Sheep.

People born in the Year of the Rat, just like Run Run, are clever, quick-witted and full of curiosity. They make charming and generous friends, although their keen sense of ambition can lead them astray and they’re no fun at all when they’re bored! Their best friends are Monkeys, Dragons and Oxen.

Covid update, June 2022: Airmail service from Hong Kong to some destinations is still suspended. Deliveries to Canada, Malaysia, New Zealand and the USA may be made by surface mail, with an estimated arrival time of 28-40 days. Thank you for your patience! Dismiss